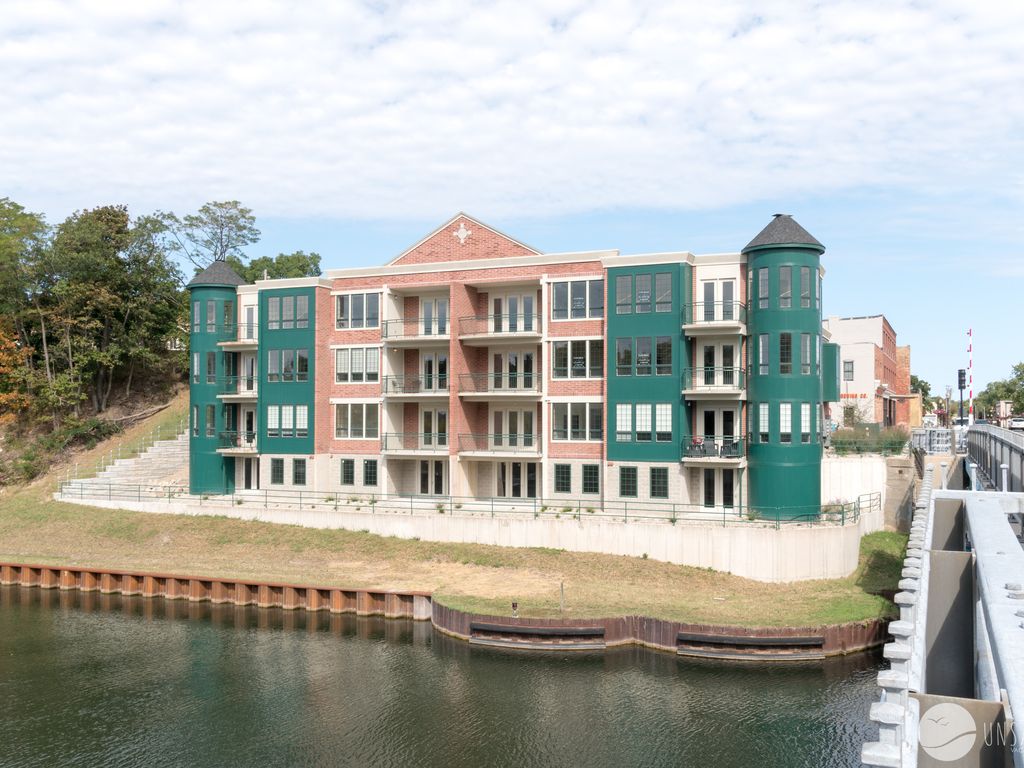 Edgewater Manistee began when a Grand Rapids based realtor, specializing in residential investments, reached out to our team at CS inquiring about our assistance in organizing a defunct condominium project that sat along the riverbanks of Manistee, MI.  His client had purchased the project some time prior and was struggling to align the many design & preconstruction elements needed to confidently proceed forward into construction.  From what we had learned at an initial project discovery meeting, we became instantly intrigued as we knew with our clear communication and planning, we would be able to bring instant value to the project.

The goal was relatively simple, transform the riverfront property that was directly adjacent to the downtown of Manistee Michigan, and a stone throw from the famed Washington St. drawbridge.  Initially, the (4) story concrete, block, and precast building construction was started in 2008 by a previous developer who unfortunately didn’t see the project through to completion.  However, because of its solid construction systems and a weathertight roof, it had outlasted the elements and could still be a solid starting point for (14) high-end waterfront condominiums.

Our first step was to get the design team in re-alignment with completing the drawings, answering any open questions as to the systems needed, and verifying the structural integrity of the building.  We quickly onboarded a trusted structural engineer to review, working through any repairs needed to proceed forward confidently.  With that, we were able to pass that confidence onto the local building inspectors to ease any concerns.

Financially, the client had obtained preliminary state tax incentives to assist in the redevelopment costs, given its defunct status and prominent downtown location.  However, with multiple general contractor’s proposals in front of him, with ranges of 35% or more between values, and a greater

discrepancy in scope inclusions and exclusions, he was unsure of where to go next.  We were able to step in and interview the (3) prior obtained general contractors, gather information, and put in place a creative plan for the project to move forward.  Due to the distance that Manistee was to large scale and experienced general contractors, the cost to renovate was exponentially higher than if that skillset existed locally.  However, the team at CS ultimately was able to provide our Construction Management level thinking, organization, and execution, partnering with the local contractor, to allow the client to benefit from cost savings that this setup provided.  Thus, the project was within the overall budget and we moved forward into construction.

Once the preconstruction dust settled, we quickly began cleaning up and converting the once obsolete structure into $2.5MM condo project that was always envisioned.  Continuing to respect the construction budget and investment ROI, the team determined that (4) of the (14) fourteen planned condominiums should be finished to whitebox units only; two penthouse units and two of the multi-story units.  This would reduce the upfront construction costs significantly as well as allowing for potential buyers to customize the condo however they wanted, thus making the units more appealing during sales.  The project was successfully completed as planned in (7) months, all while reconstructing the entire river site, including a large (3) story retaining wall that supported an overviewing street and utilities.  The success of this project led the CS team to continue our efforts in a similar capacity with this client immediately next door on another obsolete property; The North Channel Outlet.

“Our involvement as Owner’s Representative ensured that a passionate real estate investor received their maximum ROI on their property, even though the path wasn’t clear to them at the beginning.  By our team being flexible and creative in our services approach, we were able to be instrumental in effectively creating a project that worked financially for all involved” – CS 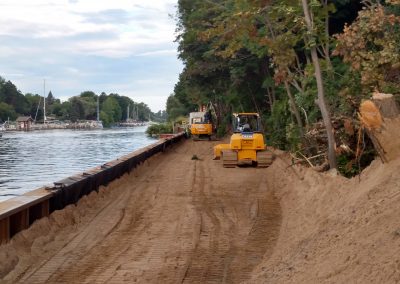 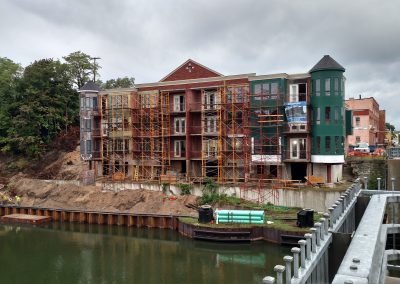 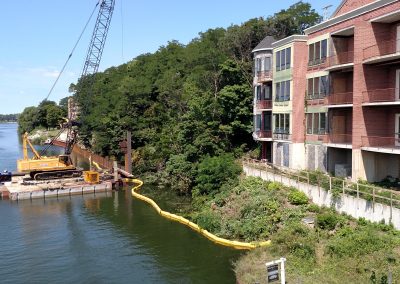 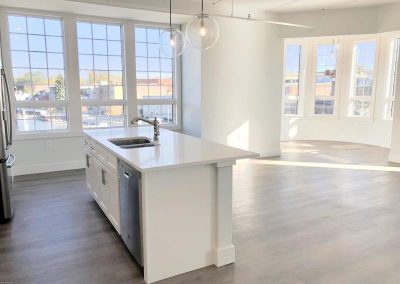 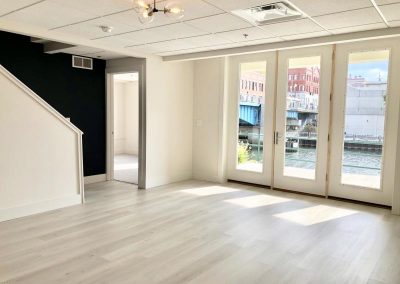 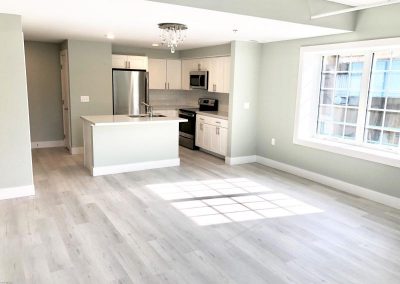 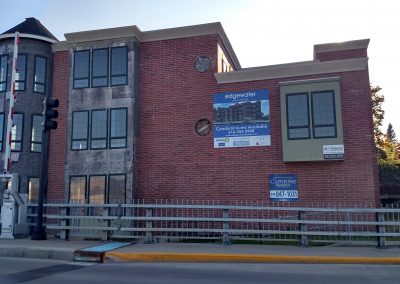